Manchester is where National Intensive was born – initially, National Intensive only covered Manchester – however we quickly grew to covering all of England, Scotland and Wales. We are now the best rated national intensive course provider – with over 3,368 reviews. We still love it when a fellow Mancunian chooses to do an intensive course with us! We offer both manual and automatic driving courses in all areas of Manchester – including Didsbury, Hulme, Bolton, Oldham and Stockport. We also have male and female driving instructors, and we are happy to try and allocate to your preference. We have courses from 5 to 45 hours – so whether you’ve just turned 17, or you’re a seasoned driver that has previously been banned, we will have a course suitable for you!

Greater Manchester is one of the most well known counties in the UK – this means there has to be enough practical test centres to cope with the masses of learner drivers.

How many practical test centres are there in Manchester?

Which practical test centre in Manchester has the highest pass rate?

West Didsburys Practical Test centre is located at 5 Christie Way, Manchester, M21 7QY. It is in Unit 11 on a business park called Christie Park. Unfortunately, this test centre is not wheelchair accessible. 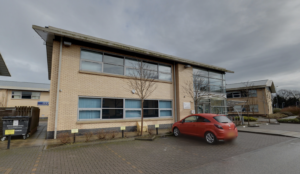 Test Routes?
As the DVSA stopped publishing test routes, you can’t see exact/official test reviews anymore. However, there are lots of videos of West Didsbury test routes that have been posted by instructors on YouTube. Most of these have been posted by driving instructors, which means you will get a strong idea of what routes you could take if you take your practical test at West Didsbury.

Sale Practical Test Centre is located at Poplar Grove, Sale M33 3AY – it isn’t very well signposted – but it’s the building looks like a single story church. There isn’t a car park at this practical test centre, however there is roadside parking available – so make sure you’re very confident with parallel parking! This test centre is also wheelchair accessible.

Test Routes?
As the official test routes are no longer available to the the public in an attempt to stop learner drivers practicing the exact test routes before their practical tests, it can be hard to know what to expect test route wise. However, there are lots of YouTube videos of test routes in Sale that have been uploaded by driving instructors! 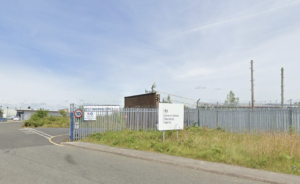 Test Routes?
Since the DVSA stopped publishing test routes, lots of learner drivers get stressed out about the unknown of where you might be going on your test route. This is a huge pro to having a professional driving instructor, as your instructor will likely know the local area very well, and will have sat in on many tests with previous students. Without an instructor, it would be very difficult to learn test routes. Thankfully there are some videos of Bredbury practical test centre test routes on YouTube.

Cheetham Hill Test Centre is located at 67 Alderglen Rd, Cheetham Hill, Manchester M8 0AL. The building is rather small, but it does have bright green gates outside, so it’s quite easy to spot. Cheetham Hill is well known in the local area for it’s low pass rate. There are parking spaces for this test centre, but there aren’t many, so bare this in mind! Cheetham Hill test centre is also wheelchair friendly.

Test Routes?
A lot of the Cheetham Hill reviews say that you must have a good understanding of junctions, roundabouts and crossroads for this test centre, as most of the test routes go through difficult parts. There are videos uploaded on YouTube of Cheetham Hill test routes, though, which are definitely worth watching if this is your local test centre.

Bury Practical Test Centre is located on Smith Street, Bury, BL9 6HH. This test centre does have quite a large car park, however it is not wheelchair friendly. It is quite a small building – even for practical test centres – it is just off the B6221, near Moorgate Retail Park.

Test Routes?
There are quite a few roads that are known for being quite confusing – such as the traffic lights along the A56 – especially during rush hour when the area is very busy. There are lots of bus stops, and bike lanes around Bury test centre that you need to be aware of. Videos of Bury Test Centre test routes can be seen here.

Bolton Test Centre is located at 143 Weston St, Bolton BL3 2AW. It has a car park with 11 spaces, and it is wheelchair friendly! It has a separate candidate car park and staff car park, and like most practical test centres, is clearly signposted.

Test Routes?
This test centre is very close to Bolton town centre – roughly 5 minutes – so you might end up going into the centre on your test route! It’s also close to Bolton train station, and the university of Bolton. Directly outside of the test centres here is a mini roundabout – so make sure you’ve practiced these multiple times so that you know you’re not going to fail as you pull out of the test centre. There are also lots of complicated traffic lights around the test centre and the city centre that are worth practicing prior to your test.

There are 3 theory test centres in the area of Manchester; Stockport, Manchester and Bolton. All three of these test centres are easily accessible by public transport – whether that be train or bus. Parking is another story – there isn’t a car park at the Manchester Theory Test centre, so you would have to pay to park on a car park, which is a bit of an inconvenience.

Why should I learn to drive with National Intensive?

Learning to drive with National Intensive means you could be passed your driving test as quickly as possible. We have an 83% pass rate, which is much higher than the national average, and if you did fail then we do offer discounted retest courses. We cover all of England, Scotland and Wales, and we have 15 years of experience within the driving industry.